Central Queensland is an ambiguous geographical division of Queensland that centres on the eastern coast, around the Tropic of Capricorn. Its major regional centre is Rockhampton. The region extends from the Capricorn Coast west to the Central Highlands at Emerald, north to the Mackay Regional Council southern boundary, and south to Gladstone. The region is also known as Capricornia. It is one of Australia's main coal exporting regions.

Photo by Lock the Gate Alliance 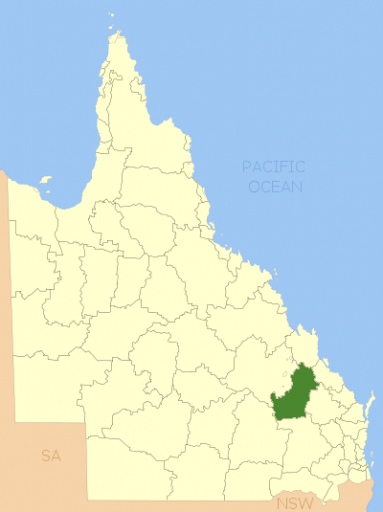 Banana Shire Council is located in the Capricorn region of Queensland, inland from the Gladstone Regional Council. The Council covers an area of 15755.6 km², and had a population of 13,489 at the last census. Biloela is the largest town within the Shire. 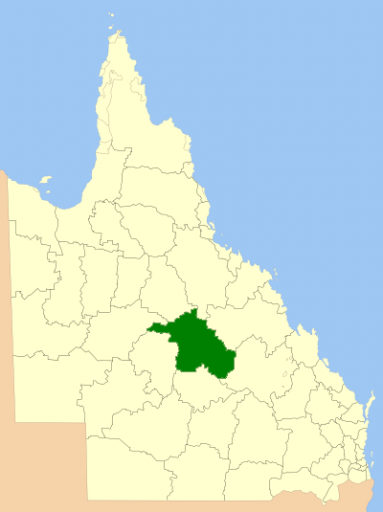 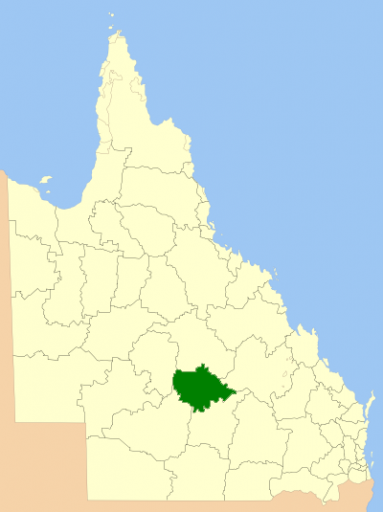 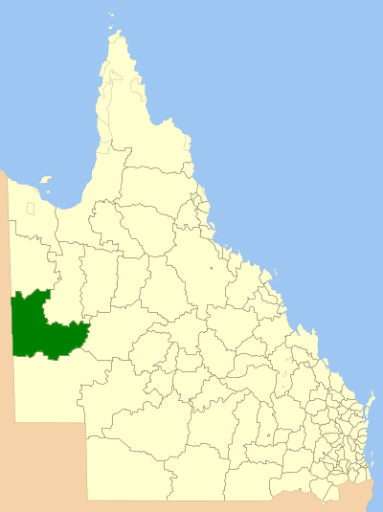 The Shire of Boulia is a local government area in Central West Queensland, bordering the Northern Territory. Its administrative centre is in the town of Boulia.

The shire is known for the unexplained phenomenon of the Min Min light, a light that has been reported to follow travellers in the area for some distance before disappearing. The Central Highlands Regional Council is located in central Queensland. It covers an area of 53,677 square kilometres and contained an estimated resident population in 2009 of 30,403. The Council will covers the towns of Blackwater, Bluff, Capella, Dingo, Duaringa, Emerald, Rolleston, Springsure and Tieri as well as the villages/communities of Anakie, Bogantungan, Bauhinia, Comet, Fernlees, Gindie, Rubyvale, Sapphire, The Willows, Withersfield and Yamala. 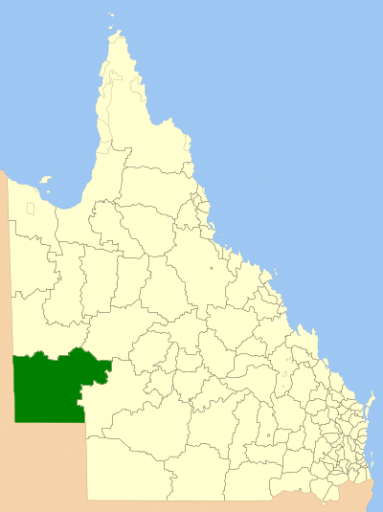 The Shire of Diamantina is a local government area in Central West Queensland, bordering South Australia and the Northern Territory. Its administrative centre is in the town of Bedourie.

Like most places in Queensland with the "Diamantina" name, it was named after Lady Diamantina Bowen (née Roma), the wife of the first governor of Queensland, Sir George Bowen. 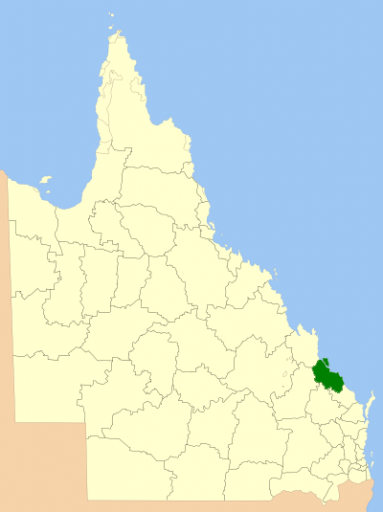 Gladstone Region is a local government area in Queensland, Australia. 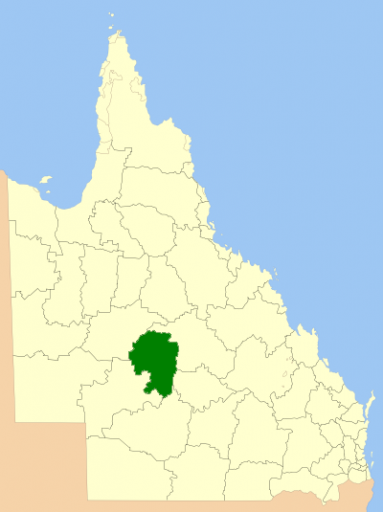 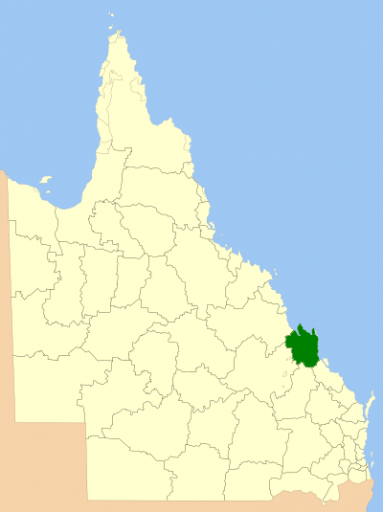 The Rockhampton Region is a Local Government Area in Central Queensland, Australia, located on the Tropic of Capricorn about 600 kilometres (370 mi) north of Brisbane. Rockhampton is the region's major city; the region also includes the Fitzroy River, Mount Archer National Park and Berserker Range. The Shire of Livingstone is a local government area located in the Capricornia region of Central Queensland, Queensland, Australia, to the immediate north and east of the regional city of Rockhampton.