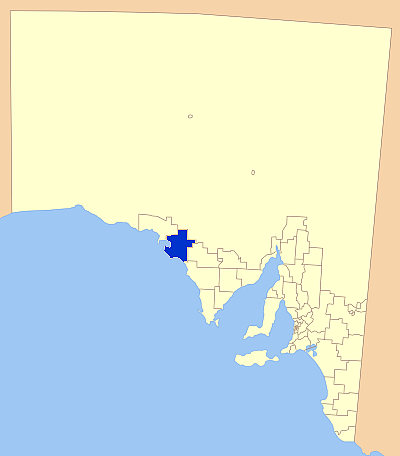 The District Council of Streaky Bay is a local government area in South Australia located on the Eyre Peninsula. Streaky Bay is the main population centre of about 1200 people serving an agricultural district based on farming wheat and other cereal crops, sheep, supplemented by fishing and tourism industries. The district covers an area of 6,251.1 square kilometres with a population of 2,074 people in 2016, according to the Australian Bureau of Statistics.